Erica, Rawson and Walhalla are located on the south-eastern edge of Baw Baw National Park about 2 hours East of Melbourne and at the southernmost part of the High Country.

While Erica and Rawson each have a population of just over 300 residents, Walhalla has a permanent population of less than 20, a far cry from the gold rush days of the 1860’s when 4000 lived in Walhalla’s small mountain valley.

Erica, at an altitude of 445m was established around 1910 along the Moe to Walhalla railway line. Rawson, at just under 500m altitude and only about 5km north of Erica was established in the late 1970’s to house workers and their families for the construction of the Thomson Dam. Walhalla is at the southern end of the Australian Alps Walking Track that follows the Great Dividing Range through various landscapes of the Victorian, NSW & ACT High Country for 655km. This historic town is one of the most delightful places in the High Country. You can truly step back in time and see relics of the gold rush and life as it was in the 1800’s. Take a stroll along the Walhalla Town Heritage Walk, a guided tour of the Long Tunnel Extended Gold Mine and enjoy a scenic 1 hour return trip on the Walhalla Goldfields Railway. The Heritage Listed Old Post Office, built in 1886, has a fascinating history and is open to the public from 10 – 4 on weekends and Public Holidays (entry by donation). The Bank of Victoria vault still stands and over the years stored 72 tonnes of gold from the district.

The historic Chinese Gardens Camping Ground is located at the Northern end of Walhalla. These market gardens were maintained by the local Chinese population during the gold rush days. With a range of accommodation and food options available, Erica, Rawson and Walhalla are great bases for exploring the bushwalking, cycling and 4 wheel drive tracks through this part of the High Country. Erica and Rawson are also on the Gippsland route to Mt Baw Baw Alpine Resort and Mt St Gwinear. 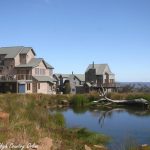 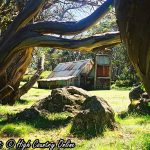