Tumut River Brewing Co started with large plans but a small initial goal by two great mates who wanted to make great beer in stunning Tumut. Situated in a prominent location on the northern end of town, opposite the Old Butter Factory/Tumut Visitor Centre and next door to the Tumut Broom Factory which is also a great tourist spot, the dream began five years ago with the Southern Hemisphere’s smallest micro-brewery with a production capacity of 150 litres and a tasting bar the size of an average kitchen! The guys now operate a 15,000 litre commercial brewhouse and have spent the last 12 months renovating a tyre service into a food and entertainment venue comfortably seating 200 guests and offering 24 beers/ciders on tap including a range of staples, limited release seasonal offerings as well as rotating “guest taps”.

The pristine Tumut River originates high up in the alps at 1425 metres altitude, flowing through Tumut, providing snow fed water which goes into making a very wide range of craft beers as well as the very popular ginger beer the “Ginja Ninja” made on local apple juice.

Tumut River Brewing have won awards for their J.W. Pilsner, Portstar Smoked Porter and Harald’s Helper Dunkelweizen and patrons have the opportunity to sample these via their impressive taproom, accompanied by a range of gourmet pizzas showcasing local produce and ingredients such as Snowy Mountains Trout and Wagga’s Berkshire pork pepperoni.

In addition to craft beer/cider and gourmet pizza, visitors can also enjoy live music – since the end of 2017, over most weekends the venue has been home to a wide variety of acts from around Australia, including blues, rock, punk and country musicians. Their themed events are getting more and more popular!

For those seeking an educational/interactive experience, brewery tours led by local volunteers with a passion for craft beer and Tumut are held at 11am Saturday and Sunday and can be booked via the website under the shop section (mid-week tours can be arranged by appointment depending on other events being held).

The brewery prominently resides on the main intersection of the highway into Tumut, 300 metres from the Riverglade Caravan Park and within 1km of the heart of town offering multiple motel accommodation options.

Tumut River Brewing Co is open 7 days a week, trading from 10am-8pm Sunday – Thursday and 10am till midnight Friday and Saturday night. 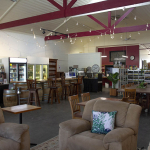 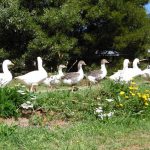