Swanpool, Tatong and Tolmie are small towns located about a 30 – 45 minute drive north of Mansfield and around 2.5 – 3 hours north east of Melbourne. These towns are also close to the renowned High Country wine region of the King Valley. Explorers Hume & Hovell passed through the area, 4 miles south of Swanpool on 28 Nov 1824. The first European to take up land in the area that is now Swanpool, selected 88,000 acres in 1839. Some of the early history of Swanpool can be seen in a large mural near the Swanpool Store. Swanpool, the home of the Swanpool Cinema in the Memorial Hall, is run by volunteers and is themed around cinemas from the 1950’s. The Memorial Hall also runs events through the year and funds raised go towards local not for profit groups and projects. Swanpool also has a well stocked general store with food and fuel available. Just over 10kms south of Swanpool is Lake Nillahcootie. This lake features good access for boats, large, shady picnic areas and attracts visitors and locals alike, for swimming, fishing and water sports. Camping is not permitted and the picnic area and boat ramp is open daily from 8am to sunset. East of the lake and quite central to Swanpool, Tatong, Tolmie and also Mansfield, is the Mount Samaria State Park. This park offers walking trails, campgrounds, waterfalls and beautiful views over the High Country to the alps beyond. Further information on Mount Samaria State Park can be found here. Tatong is a small rural community about 15kms east of Swanpool and land was first selected in the 1840’s and over time the area became known for dairy farming and timber harvesting. Horse drawn timber trolleys were used to haul logs to the local sawmill. Tatong has a historic English style country pub offering accommodation and meals. 36kms south east of Tatong is Tolmie. The Tatong – Tolmie Road is sealed for around 14kms and then the final 22kms is a good gravel road, accessible by 2 wheel drives. There is a free campground at Stringybark Creek that is about 11kms from Tolmie along the Tatong – Tolmie Road. Stringybark Creek is the location of The Kelly Tree. In this vicinity, bushranger Ned Kelly killed 3 policemen in 1878. Detailed signage and walking trails outline historic information about the area. In 1860, 40,000 acres of land was first selected in the area that is now Tolmie, by Ewen Tolmie. Back then the area was known as the Wombat Ranges and was later changed to Tolmie. In 1886 the Wombat School ran a picnic sports day and still today this event runs annually and is known as the Tolmie Sports. Held in February, at the sports ground, the Tolmie Sports is a fantastic event and features many of the original events such as foot races, dog jump, wood chop and equestrian events. There are stalls and food outlets and the day finishes with a bush dance at the Tolmie Hall. Profits from the event go back into the community. Tolmie Recreation Reserve consists of historic buildings and the town’s sports ground and informative signage around the reserve. The reserve also has an excellent, shady, campground with lots of space for caravans and has superb facilities such as a well-equipped camp kitchen, toilets and hot showers. Camping fees are $5 per person via an honesty box. Tolmie also has a small country pub. 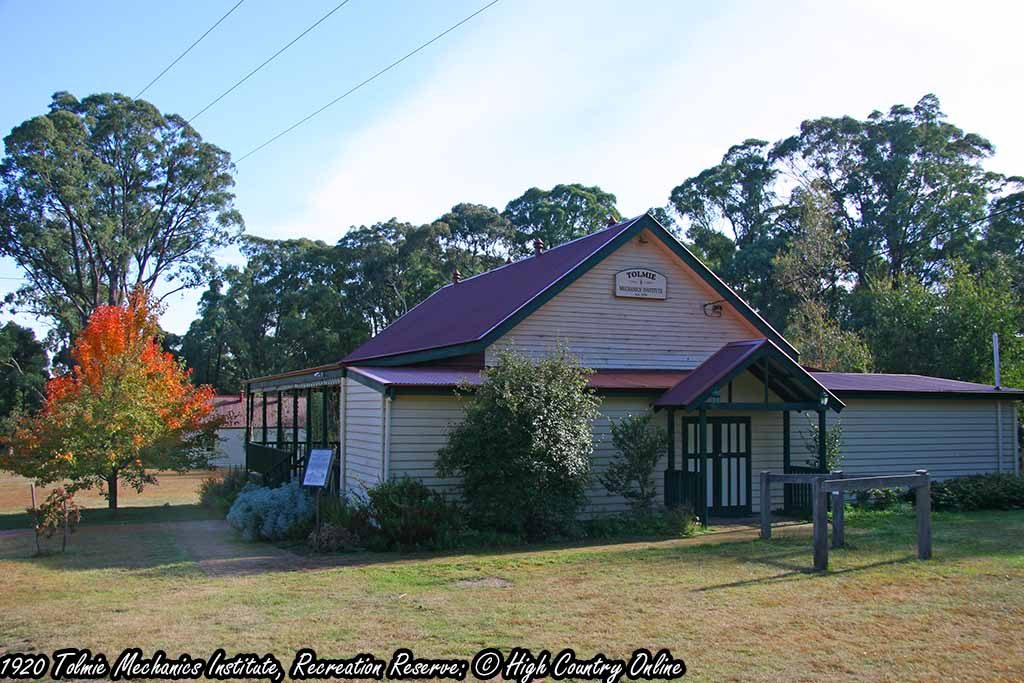 Around 17kms north of Tolmie, the Mansfield – Whitfield Road, is the turnoff to Powers Lookout Reserve. The reserve is 3kms down a well-maintained gravel road. Bushranger, Harry Power, was an Irish convict sent to Tasmania in 1840 for stealing a pair of shoes. Known as the gentleman bushranger, he would sometimes take nothing during a robbery if he felt the victims couldn’t afford it and was said to be courteous to the women he held up. After being in prison a few times, and escaping, would camp near this lookout and watch for police from two vantage points that visitors can access today. Below the lookout, in the valley, was the homestead of Ned Kelly’s Grandparents. Ned Kelly is said to have joined Harry on hold ups and was taught bushranging skills from him. Here there are spectacular views over the upper King Valley and the alps. One lookout is at the carpark, while two short walks take you to the other lookout and down to a waterhole Harry Power used to access water from until he was captured in 1870.  The King Valley can be accessed by continuing along the Mansfield – Whitfield Road for another 20kms. 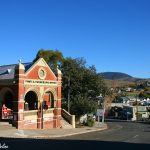 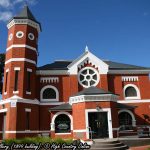