PreviousNext
1234
Maps were disabled by the visitor on this site.

I was born in Scotland and after coming to Australia with my family, we lived in the Northern suburbs of Melbourne.

After leaving school and trying a couple of different occupations, I joined the Victoria Police Force where, as fate would have it, I met my husband, Jon, while we were both working at the same Police station.

We married and have two wonderful children.   I also have a fabulous stepson, which makes us a nicely blended family.  After the birth of our second child, I left the police force and we moved away from the bustle of the city and made our home Myrtleford, in beautiful north east Victoria.

I became a Marriage Celebrant because working in the police force showed me a lot of sadness and despair, and I could not think of a more definite contrast than being involved with people during one of the happiest times in their lives…….their wedding.

Since 2003 I have been officiating at Naming Ceremonies and also at Funeral/Memorial services. I’ve found both to be beautiful in a special rewarding way.  I love to help people make a service that not only their loved one would have liked but that they are all happy with. A funeral service is an important part of the grieving process as it helps to share that grief with others who have known and loved that person.

I conduct ceremonies all over north east Victoria, from Wangaratta, Myrtleford, Beechworth, Bright, Mt Beauty and the alpine resorts.

Reflecting on my life so far, the most beautiful experiences have been being married to Jon, giving birth to our children and being ‘our family’.

Given my life experiences, I know I have a lot to offer with regard to your special ceremony. 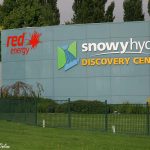