Wilgro Orchards is located 4kms north of Batlow and is owned and operated by Ralph and Judy Wilson who care about the production of their apples, cherries and berries and enjoy being able to provide them to locals and visitors from their roadside stall.

Varieties of apples such as Alvina Gala, Kanzi, Bravo, Honeycrisp and Greenstar, among many others, are grown in the cool, mountain climate that Batlow is known for. One of the many highlights of a visit to Wilgro Orchards is to stock up on their natural handmade Batlow Road Apple Cider. Their 1250 cider apple trees include varieties like Kingston Black, Somerset Redstreak, Dabinett, Michelin and Brown Snout. No preservatives, additives or carbonation is used in the process.

Wilgro Orchards roadside stall is generally open 8am – 5pm (except Christmas Day) through the picking seasons listed below with reduced hours during the rest of the year & closed July and August: 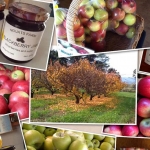 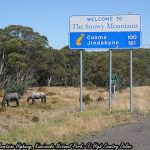