PreviousNext
12345
Maps were disabled by the visitor on this site.

The Beechworth Historic and Cultural Precinct and Burke Museum are a popular choice for those seeking to walk in the footsteps of the past, explore the original buildings and join the walking tours of the town and of Ned Kelly’s local haunts.

Located near the centre of Beechworth, (103 Ford St & Loch St) containing a number of original buildings such as the Robert O’Hara Burke Memorial Museum, Telegraph Station (built 1958), Courthouse, Sub-Treasury Building and Ned Kelly Vault (housing a rifle owned by Ned Kelly, Dan Kelly’s pistol and an original table from Anne Jones Inn, Glenrowan). The Police Reserve includes the Stone Lock up (built 1867) that at different times held Ned Kelly and his Mother, Ellen. The Beechworth Gaol, operated from 1864 to 2004, and housed members of the Kelly Gang and Family and bushranger Harry Power amongst many prisoners over a 140 year period.

A visit to the Powder Magazine, located in the Beechworth Historic Park allows visitors to view this 1859 built historic site, constructed to safely store gun powder used in mining. It was designed so that should there be an explosion the blast would be sent upwards, minimising damage. Access inside the Powder Magazine is available as part of purchasing a ‘Golden Ticket’ at the Visitor Information Centre at 103 Ford St. 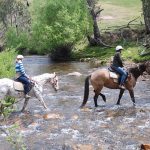 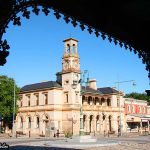